The National Universities Commission (NUC) has revealed that the National Open University of Nigeria, NOUN, was the largest private university in the country, with 450,000 students.

Executive Secretary of the NUC, Prof. Abubakar Rasheed, who made this known during a retreat organised for vice-chancellors yesterday in Abuja, noted that the number of students admitted each year by NOUN was more than what the 75 private universities in the country enrolled in four years.

According to him, the 75 private varsities located in various parts of the country, accounts for less than 6 per cent of the entire students’ population in the nation’s university system. 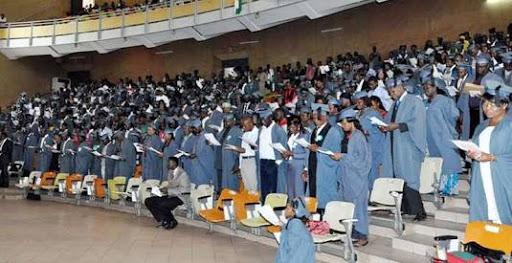 “The largest university in the country, Open University, what it admits in one year is more what the 75 universities admit in four years. NOUN admits over 100, 000 every year, now they have 450,000 students and they are targeting 750,000 in the next few years,” he said.

While calling on the vice chancellors to embrace the reform being introduced by the Commission to ensure universities in the country remained relevant, Rasheed maintained that the Commission would leave no stone unturned to ensure the institutions lived up to expectations.
“In the last one and half years, we have done more accreditation than in the previous five years put together. We have introduced new programmes like never before,” he added.

The Former President of Nigeria, Dr Olusegun Obasanjo, on Thursday, continued work at the Abeokuta, Ogun State thinks about the focus of the National...
Read more
Noun

No fewer than 13 inmates of Ibara, Abeokuta prisons were on Sunday, matriculated to study various courses in the National Open University of Nigeria...
Read more
Noun

This site uses Akismet to reduce spam. Learn how your comment data is processed.

Newspaper is your news, entertainment, music fashion website. We provide you with the latest breaking news and videos straight from the entertainment industry.